The Developer Spotlight is a new, regular series of posts where we interview developers in the OpenFL community. This time, we chat with Thomas Uster from Proto Games, who is co-developing Pakka Pets, an adorable Tamagotchi-like game for mobile.

Tell us a bit about yourself Thomas, how long have you been programming? What got you started?

I was really influenced by Zelda: A Link to the Past. I asked my Dad, “What do I have to be in order to make games like this?” “Be a programmer,” he said. It was as simple as that. Programming was really tough for me until I had an epiphany about computational thinking in high school. I started a “gaming company” when I was in my teens called Action Gaming Interactive, we made games using click-and-play. In my career I made several games for gambling giant IGT, and then later met Willem at Kabam working on Realm of the Mad God.

Tell us about Pakka Pets!

Pakka Pets is awesome! Raise an adorable baby Pakka to adulthood. Play with your pet to earn hearts, spend hearts shopping for ingredients, and cook your pet special foods. Take care of it and see what exciting forms it will evolve into! 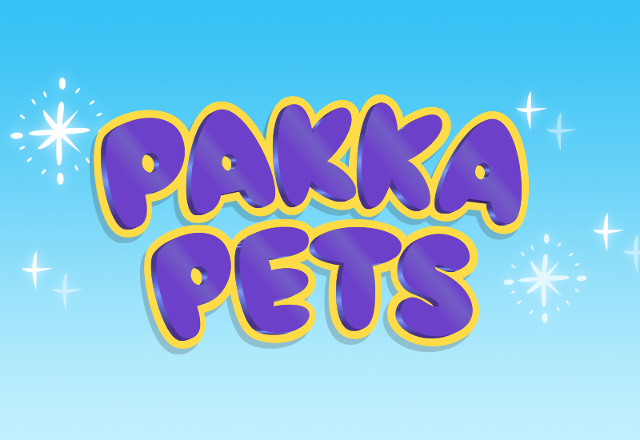 What is the most eccentric Pakka Pet you created?

I have a few favorites. Some Pakkas have been added and then removed, some that may never see the light of day, or feel the sweet sweet caress of a player’s finger poking their face for hearts. Right now my favorite pet is Sapple. He’s in the checkered egg, and he’s one of the harder kid Pakkas to get. I worked really hard to get him, and then was busy all the next day. He died, I was very sad. He’s all black so he looks really digital, which I’m a fan of! 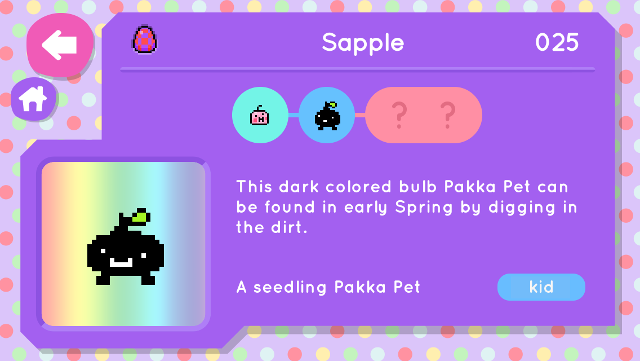 What was the best part of creating Pakka Pets?

Honestly, I’m an engineer, and if you’re reading this, you’re probably an engineer. But believe it or not, I don’t think it’s going to be the engineering that was the funnest part of making pakka pets. But man my code has some sexy curves, I’m not going to lie. The best part of making Pakka Pets has been the feedback we’ve gotten from the players. I love when I can make someone smile just by showing them Pakka Pets. It’s even better when I hear people get excited about a new pet discovery, or if they want to show off their room to me. Pakka Pets makes people happy, and that makes me happy.

Oh my god yes! So many in Pakka Pets have had me rolling over onto the floor laughing. Just yesterday I was playing around with adding the pet to jump every now and then when he gets excited. I compiled the code, launched the game, and there he was. A baby Teasprout smiling at me. He crouched to jump, and wammo! He flew into the air so high and fast he went off-screen. I laughed my butt off. Some of the best funny moments in Pakka Pets is when the pet AI code was in development, not crashing, and yet doing ridiculous things. Willem and I also like to play around as much as possible. When we have a meeting and we’re both a little tense we are only allowed to talk to each other while we spin around in a circle. I can just imagine the neighbors looking at two grown men in the window, spinning around looking at the ceiling, and making hand gestures as if they were having a serious conversation.

Different foods in Pakka Pets actually take different amounts of time to digest in their little Pakka stomach. So I went into the foods, and changed them all to some fun numbers. We had poison mushrooms in the game a while ago, so I changed the “toughness” value to something huge like 100. From then on, when pets would take a single bite out of a mushroom they’d start pooping. Then take another bite, and poop again, really funny the first time I saw it.

The biggest challenge that we’re still working on is getting the word out. As an indie developer it’s easy to make your game and have fun, but remember to talk about your game! To everyone you don’t know, as often as possible. Once your game is ready to ship you’ll likely need a partner to help you market and distribute it. Don’t wait, start talking to people about your game today, and be able to show them something new each month. Technically I can go on forever, but I won’t. Pakka Pets has some badass stuff, simulating minutes to days in 3 seconds running the same logic as if you were staring at your pet hanging out. A Haxe-based client and server, load distribution, handing multiple huge textures per scene, multi-aspect ratio support. 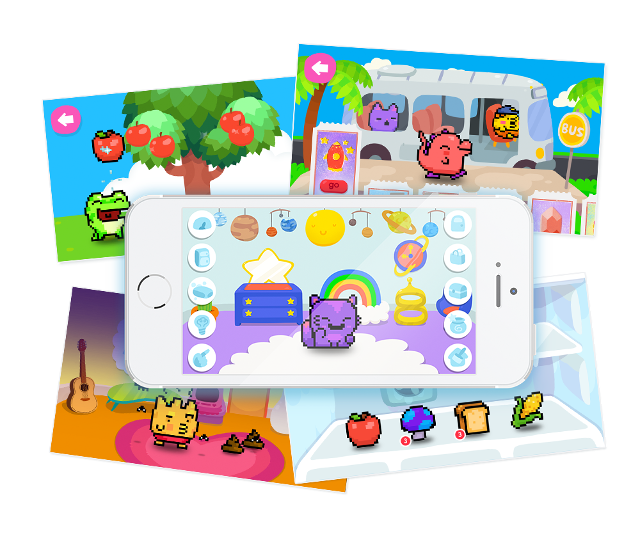 Pakka Pets is coming soon for iOS and Android. If you have any questions for Thomas, feel free to contact him on Twitter at @thomasuster. You can also stay up-to-date with Pakka Pets by following @PakkaPets.